We took part in the wonderful African Women in Film conference at the University of Westminster in November 2011, joining filmmakers and writers from across the continent and diaspora for two days of lively discussion and debate. Our panel on the Sunday afternoon examined the need for inspiring biopics and epics about African heroines and heroes. 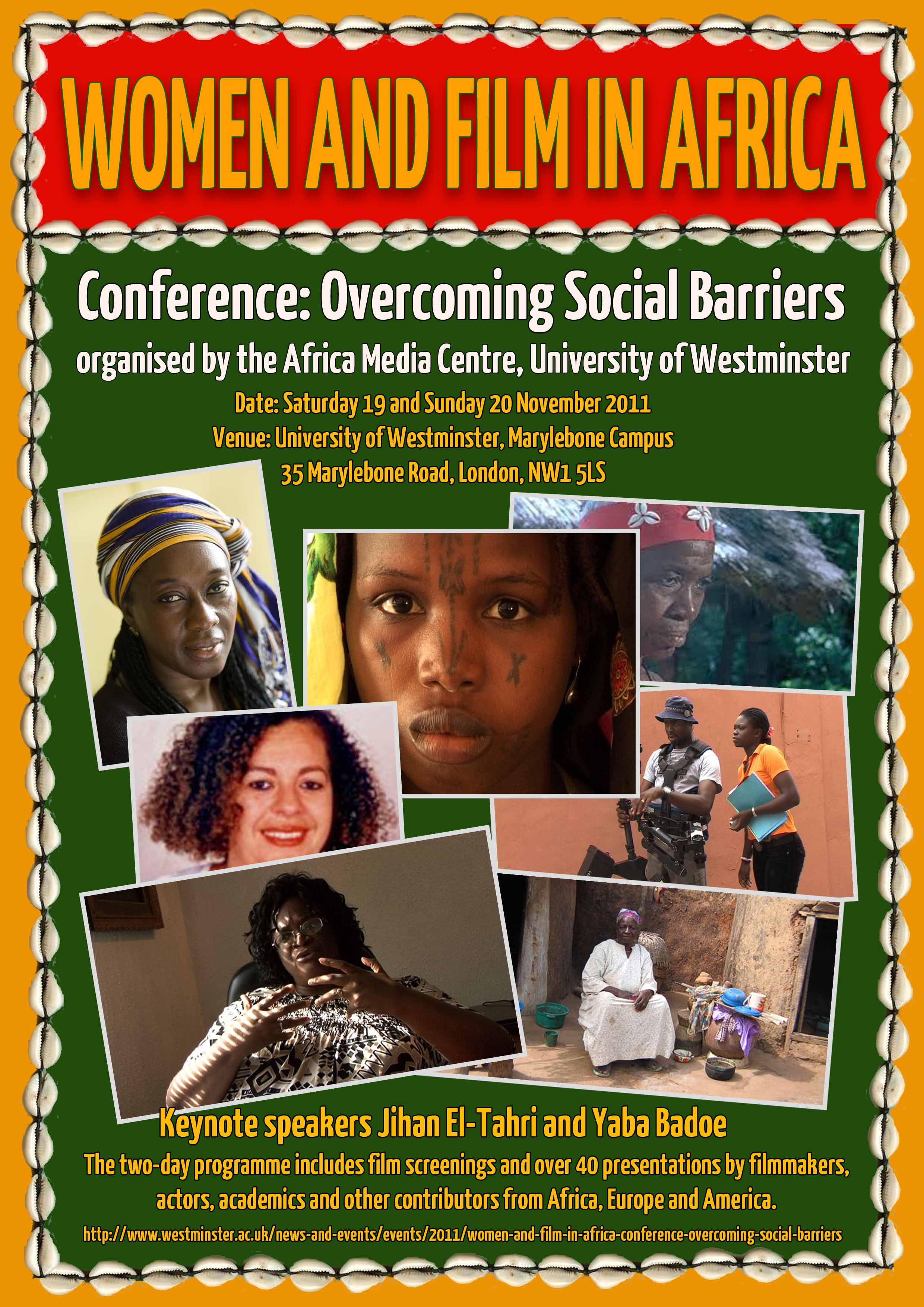 Conference organised by the African Media Centre, University of Westminster

Jihan El-Tahri is an Egyptian-French writer, Director and Producer of Documentary films. Her award-winning films include documentaries filmed in the Congo, Angola, Zambia, Tunisia and other parts of the world, including Saudi Arabia. Her latest film Behind the Rainbow deals with the transition of the ANC from a liberation organization into South Africa’s ruling party.

Yaba Badoe is a Ghanaian-British documentary maker, journalist and novelist; she is a visiting scholar at the University of Ghana. Her directing and producing credits include the award-winning documentary The Witches of Gambaga the story of a community of women condemned to live as witches in Northern Ghana.

The two-day programme includes film screenings and over 40 presentations by filmmakers, actors, academics and other contributors from Africa, Europe and America.

“Women and film in Africa: Overcoming Social Barriers” is the exciting topic of the University of Westminster’s Africa Media Centre’s next event to be held at 35 Marylebone Road, London from 19-20 November 2011. It will deal with the contemporary and historical role played by women in the film, television and video industries in Africa. From Arab North Africa, West Africa, Central and East Africa, through to Southern Africa, women have emerged from the double oppression of patriarchy and colonialism to become the unsung heroines of the moving image as producers, directors, actresses, script writers, financiers, promoters, marketers and distributors of film, television and video in postcolonial Africa. Sadly, such immense contributions by women are underrepresented, both in industry debates and academic research. There are now many cases in which African women in front of and behind the camera have overcome social barriers, yet this is often sidelined. This conference delegates will include students, practitioners, academics and researchers to debate how women have contributed to film, television and video markets in Africa from the pre-colonial, colonial and postcolonial eras. It is expected that the event will help focus existing industry and academic work on the ways female audiences in Africa have engaged with film, television and video texts. The conference will include a session with leading female filmmakers. Topics to be covered are not necessarily limited to, the but will include the following themes: